The newest 12-inch Windows 10 2-in-1 tablet Acer Switch Alpha 12 (SA5-271) have now been released in the US, starting at a record low price for an Intel Core Skylake powered tablet with a high 2160 x 1440 resolution display: https://www.amazon.com/Acer-Switch-Memory-Windows-SA5-271-71NX

Acer Switch Alpha 12 was unveiled in New York on April 21, and gained some well deserved attention for the innovative fanless LiquidLoop cooling system. And without fans cooling the processor on the motherboard, this tablet doesn’t have those ventilation openings of similar tablets in this category. It also has the lowest price ever for a new 12-inch Windows 10 tablet with a high resolution display and 6th gen. Intel Core i3, i5, and i7 processor options, starting at $599 at launch date. 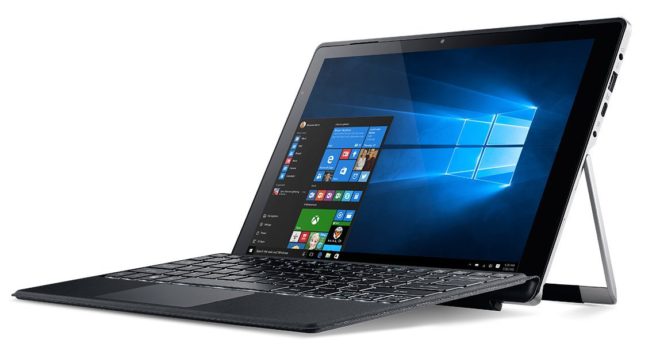 The battery life on the Acer Switch Alpha 12 is 8 hours, squeezed out of a 4870 mAh battery.

This is a 2-in-1 and comes with the keyboard included, and the keyboard is backlit even. It also has support for the active digitizer Acer Active Pen, but the stylus is optional.

Acer Switch Alpha 12 offers a lot of hardware for little money. Main rivals are the Lenovo Miix 700 with almost similar prices but Intel Core m processor choices instead, and of course the Surface Pro 4 is an alternative, but the SP4 has higher specs and thus a higher price. 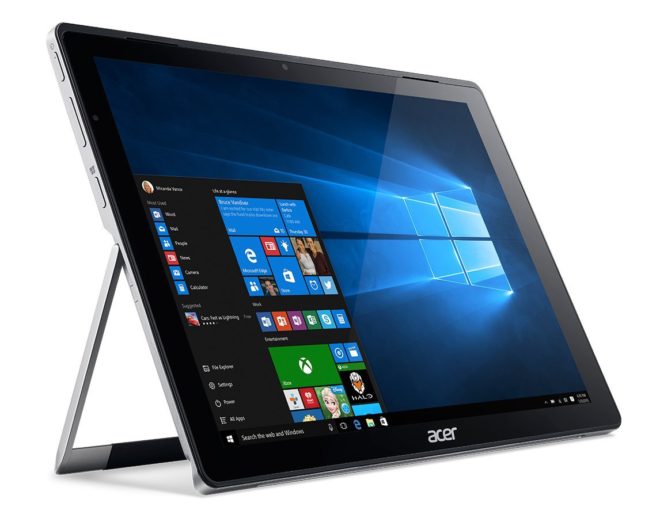 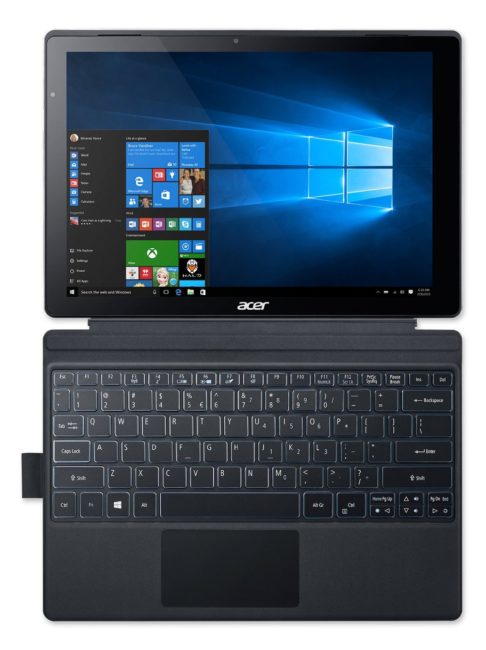 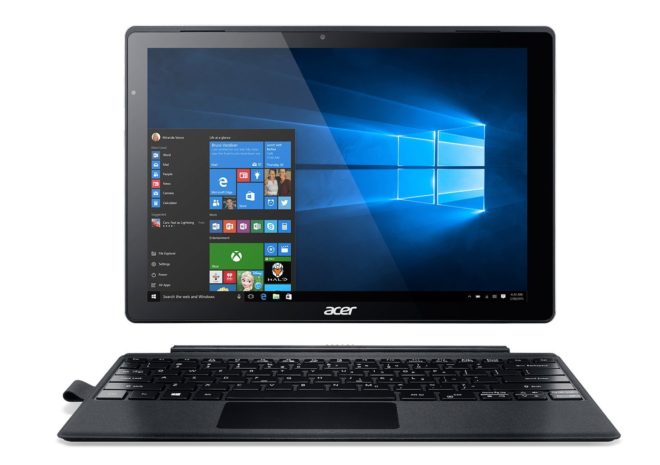