Specifically they said that they will refresh it with the new hinges we see on the Acer Aspire Switch 10 E (SW3-013), as well as implement a few other general design changes, and add “more processing power.”

Acer didn’t want to say what kind of power, but we can only assume that they are referring to the Intel Core M-5Y10c version Aspire Switch 11 V(SW5-173) that was leaked a couple of weeks ago. (UPDATED: This processor was confirmed by Acer at COMPUTEX 2015 in June.) The refresh is said to be announced later in Q2 though, probably in June. 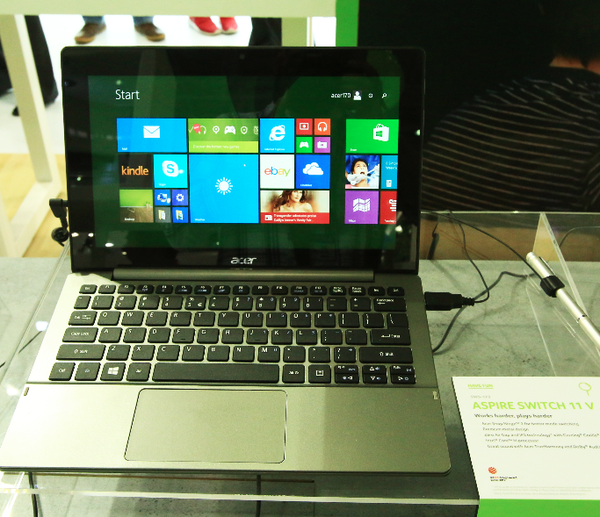