Acer now has a backlog of unannounced tablets that we can expect the unveiling of throughout 2020, and one of the most mysterious of these is the tablet with the model name Acer A009, which has just been Bluetooth certified.

From my previous leak on this tablet back in the middle of January, I learned that it was also called Acer Enduro T1.

With the official Bluetooth certification, the only new confirmed specs are Bluetooth 5.0. But after some moe digging, I also learned that this tablet have been benchmarked already, with an octa-core 1.99 GHz GHz MediaTek MT8535 processor, 4GB of RAM, and Android 9.0. 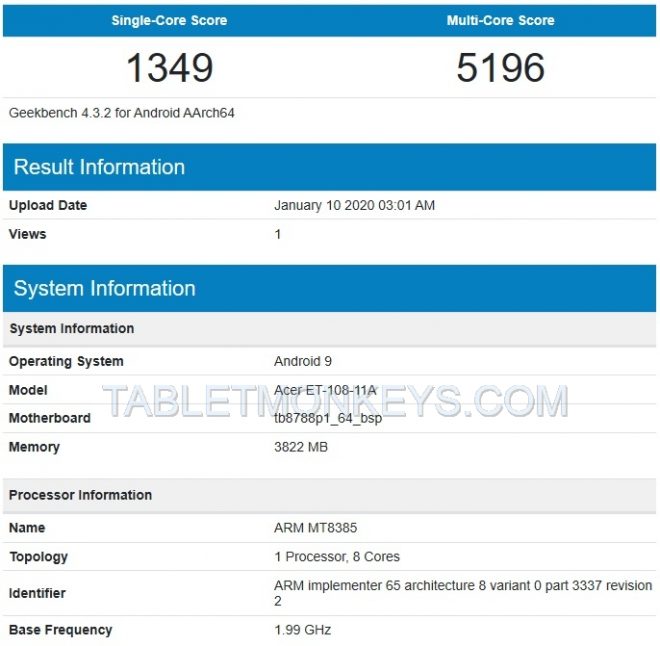 The benchmarks reveals a tablet destined for the Android tablet mid-range, with 1349 in Geekbench 4 single-core scores, and a bit better 5196 multi-core score.

As for dimensions, Acer Enduro T1 looks like a tablet in the 8-inch to 10.1-inch range.