If either you or someone close to you worries that all that time spent playing computer games will turn your brain into mush, then you may want to defend yourself with a good brain training app and show that you’re not actually playing games, you’re boosting your mental powers.
And the app for that is Dr Kawashima’s Brain Training for Nintendo Switch:
https://www.amazon.com/Dr-Kawashimas-Brain-Training-Nintendo-Switch/dp/B07ZRZLYM6

This is a pretty famous app with a funny background story, but with the release for Nintendo Switch it has been updated and remade to suit the accessories of Nintendo Switch, such as the Joy Con hand controllers and IR motion camera.

Dr Kawashima’s Brain Training for Nintendo Switch also comes with its own stylus, used among other things to handwrite with or mark off objects with in some of the tasks.

As for the actual tasks and puzzles in the brain training app, it consists of a width of mind boosting tasks that are meant to be used for a small amount of time regularly, training several parts of the brain. One of the first versions of this game was put to the test on school children in Scotland in 2008, and it actually came out with favorable results. 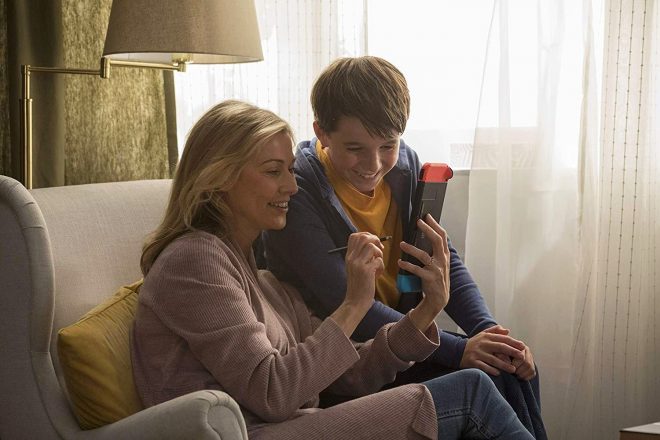