An as of yet unofficial tablet phone from Acer by the name of Acer Iconia 7 A1-724 was first leaked in October, but the purported specs were not trustworthy back then. Come November, we can look at the Acer Iconia 7 A1-724 benchmark results, which paints a clearer picture of what specs may lay underneath one of Acer’s next budget tablets.

In brief the GFXbanchmark lists the specs of a 7-inch (says 7.1-inch) Android 4.4 tablet with a 1280 x 720 resolution display. The only other tablet to feature that kind of resolution and screen ratio at the moment is the HP 7 G2.

The processor is a 1.2 GHz quad-core Qualcomm Snapdragon 410 processor, a very popular chip that can be found in more than 20 smartphones from Samsung, Lenovo, Huawei, and others. No wonder, since the Cortex A53 ARMv7 chip has 4G LTE, Bluetooth, Wi-Fi, NFC, GPS, GLONASS and BeiDou all built in. The GPU here is Qualcomm Adreno 306.

On the RAM side, we are looking at 1GB of RAM, so it shouldn’t be too expensive this tablet. Storage is probably a minimum of 16GB. The front camera seems to be a 1.8MP camera, while the rear camera is a 4.7MP camera with Full HD video recording, flash, and auto-focus.

Additional sensors in this tablet are compass, lightsensor, and a proximity sensor.

for $55! But still, Acer’s version should not be expected to be anything near that cheap. 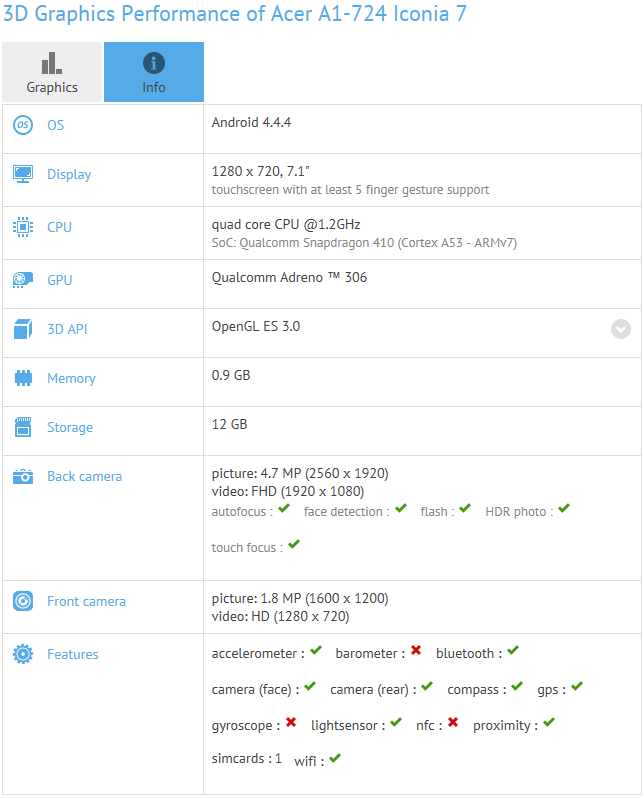 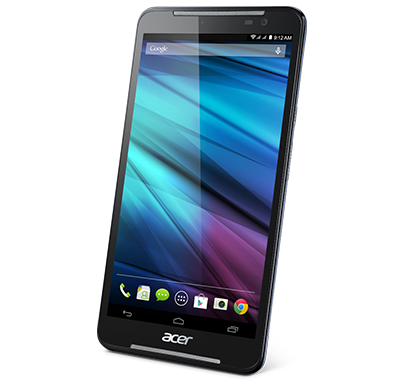