We’re taking a break for the 4th of July, but if you’re short on money these days, here are the first July and 4th of July computer sales that you may benefit from.

HP has a clear layout of all their computer deals, which makes it easy to see the real prices as well as how many are actually left in store.

Best Buy has just a couple of deals, and it mostly centers around various editions of the Surface range.

The same is the case at Microsoft Store obviously, where there’s a deal on every Surface device there is, including a new record low price of $649 for the Surface Duo. A Surface Duo 2 is expected to launch by the end of the year though, so this is perceived as an outgoing model.

Samsung meanwhile has a much wider range of computers, mobile devices, and household items on sale now in July, including some on special editions that are back in store for a limited time.

The last set of July computer deals are from Lenovo, where the sales are all on Lenovo products, apart from some of the computer accessories. 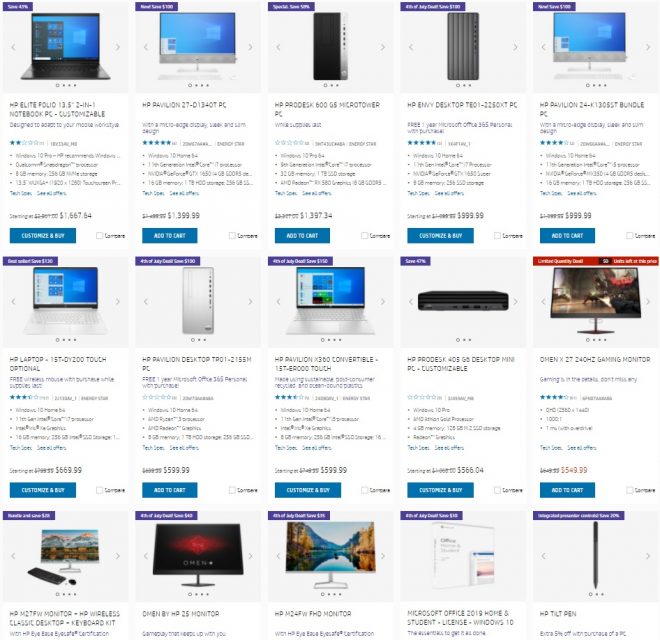