The predecessor was launched in May last year, and the newcommer has been upgraded to Kaby Lake processors, with options of Intel Core i5 or i7 processors. So in a way, a year too late now that other high-end tablets move to the new Coffee Lake proccessors instead. It can be configured with up to 16GB of RAM though.

It only has a HD 1366 x 768 resolution display, but as much as 800 nits of light from the display, so the brightness is just phenomenal and makes the tablet perfectly viewable outdoors. 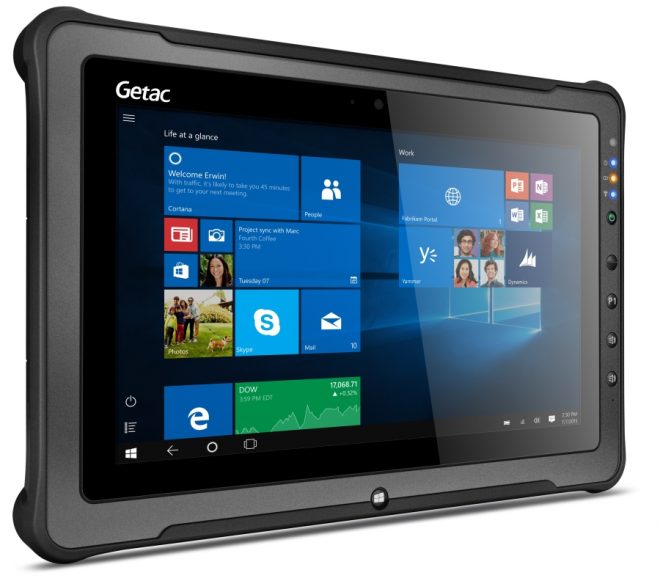 Other things that are new, are the optional IR camera that can be used for secure login, and it has TPM 2.0 and also Opal 2.0 SSD for security. There are many other security features available too, like fingerprint reader, smart card reader and RFID reader.

But most things have stayed the same, including most of the design which as we can see, still has buttons and indicator lights in the bezels on the front of the tablet.