With the unveling of the new iPad 9.7 yesterday there were other iPad events taking place as well which have taken effect already, notably Apple dropping the iPad mini 2 from their lineup, as well as dropping the 32GB version of the iPad mini 4.

The move is similar to the one made by Apple in September, when Apple dropped all the 16GB iPads and replaced them with 32GB iPads as entry level models. After that it was only possible to buy the 16GB models from retailers other than Apple Store, while they were still in stock.

So as of March 22, Apple have dropped all 7.9-inch Apple iPad mini 2 models, which has a A7 processor and retina display and used to cost $269 with 32GB of storage.

The only iPad mini now in production is the iPad mini 4 with 128GB of storage, and no other storage options. There used to be both a 32GB and 128GB version of the iPad mini 4, sold for $399 and $499 respectively with an additional $130 extra for the LTE versions, but these have all been replaced now by the 128GB version as the only model in production, but at least the price have been cut by $100, so that the new 128GB iPad mini 4 price is now $399 for the Wi-Fi model, and $529 for the 4G LTE model.

Apart from the iPad Air 2 getting replaced by the new iPad 9.7 yesterday and getting the price cut by $70 down to $329, the prices and storage options for the iPad Pro 12.9 and iPad Pro 9.7 remains the same. 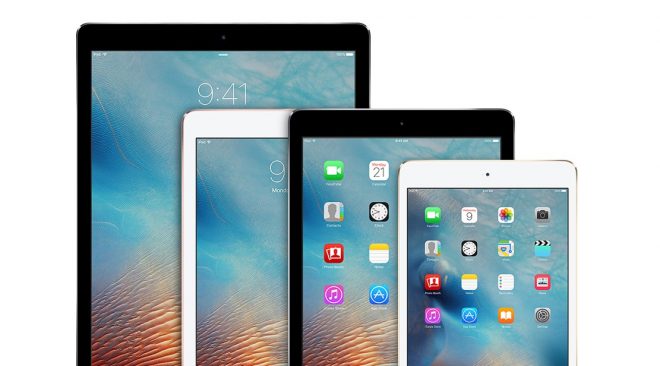 All 4 iPad models from now on

Related
Apple iPad Pro 10.5 In Production As Of March
Apple iPad 10.5 Expected To Feature 2224 x 1668 Resolution By Analyst
New Apple iPads May Not Be Due For Launch Before Q3 2017 Says Supply Chain Insiders

What’s next?
Well, considering that the rumors concerning a cheaper new iPad 9.7 turned out to be spot on, the same should apply to the upcoming new iPad Pro 2 12.9 and iPad Pro 10.5 as well. But the launch date of these two tablets is very uncertain.

The iPad Pro 10.5 is said to have gone into production in March, and ever since last year it was previously believed that it would launch at about this time, between late March and early April. But given yesterday’s launch of the new iPad 9.7, and the competition that the iPad Pro 10.5 will get from the combination of the new 9.7-inch Samsung Galaxy Tab S3 and the new Samsung Galaxy Book 10.6, the insider talk from the supply chain about the new iPad Pro tablets not launching before Q3 this year, could make sense now.

But before then there are expected Apple events in April already, with the opening of the new Apple building Apple Park, as well as the launch of iOS 10.3.