Asus have been caught with three new budget tablets with Android for 2014. These tablets are not official yet, but they became official today anyway after their Bluetooth certification was published online by the Bluetooth organisation itself.

These are 7-inch, 8-inch, and 10.1-inch Android 4.4 KitKat tablets that, just like the newly unveiled Samsung Galaxy Tab 4 line, all carry the same specs. And these specifications are 1280 x 800 resolution IPS display, 1GB of RAM, and a front and rear camera.

This is all that’s been leaked so far. But an update was expected at this point, as Asus is currently updating several tablets with new second generation Intel Bay Trail processors, without upgrading other specs. I imagine the processor will still be a quad-core processor at around 1.6GHz though. Currently the design model number is K010, K011, and K013, and we will have to wait and see what they will be named officially, even though it’s reasonable to suggest that these are the new Asus MeMO Pad HD 7, 8, and 10 tablets.

The processor upgrade extends to the Windows 8.1 tablet Asus Transformer Book T100 as well, a tablet that will soon be sold with the new Intel Atom Z3775 “Bay Trail” processor.

is currently selling for $399 with a whopping 500GB keyboard dock +32GB storage in the tablet itself. 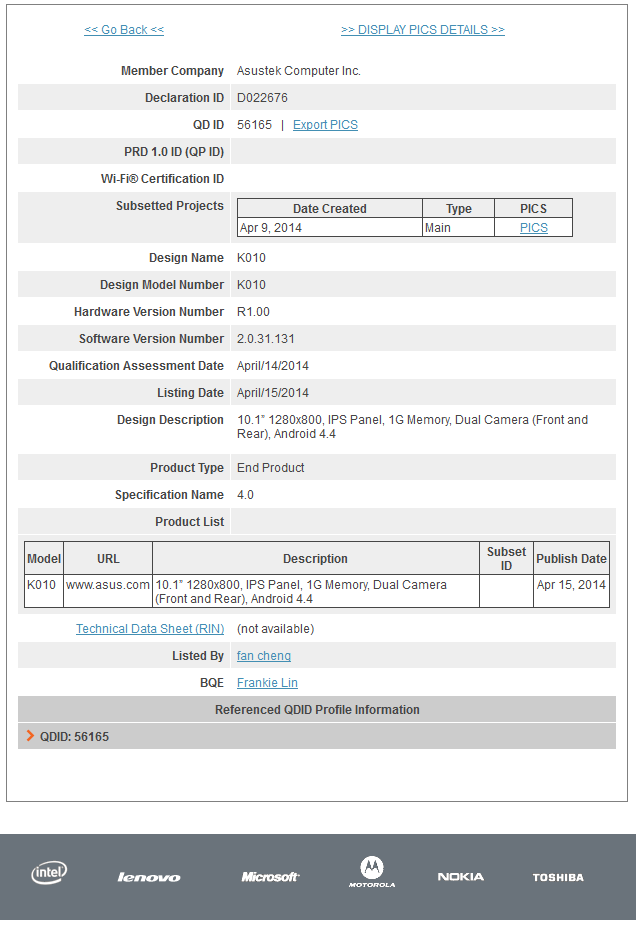