The latest report out of China on the new changes to the future iPad Pros suggests that Apple will change from traditional boards inside of their tablets and switch to Liquid Crystal Polymer boards instead.

This according to Apple analyst who also believes that this change is made from Q4 2019 in preparation for the inclusion of 5G on iPad, even though 5G iPads are not believed to be launched before 2021.

What’s interesting here is why Apple is changing to Liquid Crystal Polymer? While there are benefits for Apple, it’s difficult to assume what specific benefits or properties Apple is using as a reason for this internal change, especially when it is mentioned in connection with the 5G technologies that is now slowly rolling out around the world. 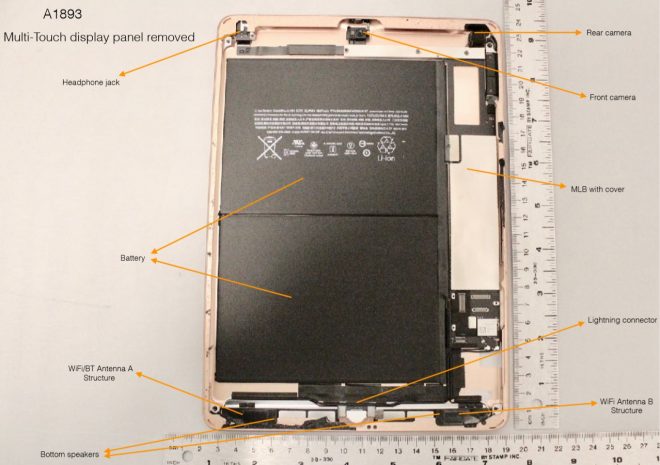 The inside of an iPad today (Apple iPad 9.7 seen here)

Does Apple have information related to 5G that the outside world does not? This should be interesting to follow the development of, as 5G is not without controversy.

On Samsung’s Windows and Android flagship tablets, Samsung have implemented wireless transmission strength reduction that’s triggered by proximity sensors that will reduce the strength of the wireless signal locally on a tablet when a hand is sensed on that particular part of the tablet.

With 5G this sort of precaution technology ought to become standard. Unless of course people want external antennas back on their phones and tablets.