A new HTC tablet has leaked via GFXbench, with specs indicating a new 7-inch Android from HTC being on the verge of launching soon.

The tablet only has the model name HTC IV5001-A assigned to it so far though, so what kind of HTC tablet family it may belong to is unclear. 7-inch HTC tablets were leaked and spotted several times in 2015, between April and June, each time in a different variation, but neither of these tablets were unveiled.

The features should be taken with a pinch of salt, but the main specs are usually correct. The question then is what purpose this tablet will serve. To succeed, HTC either has to build this tablet for wireless carriers who can subsidize such tablets, or HTC has to launch this tablet at a Amazon Fire like price.

The last official tablet from HTC is the Nexus 9, one of the few tablets that have been updated to Android 6.0. 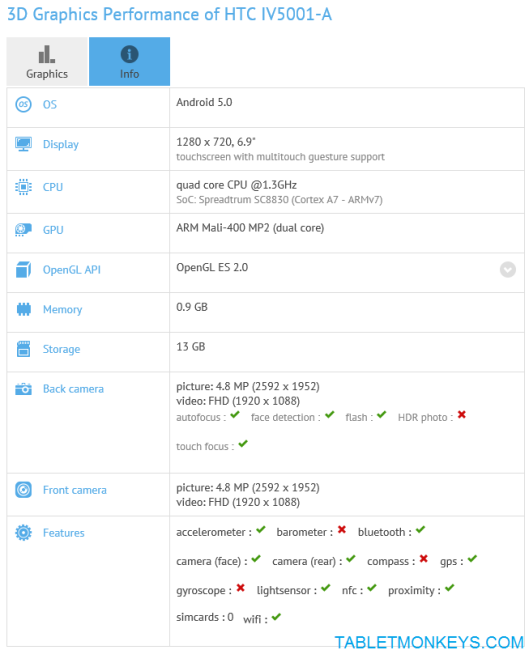