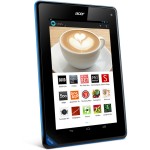 Acer Iconia B1-A71 finally released in the US

The Acer Iconia B1-A71 have finally been released in the US too now, months after the various international release dates. And just like in other parts of the world, this tablet is launched with a very low price here too, with a tiny price tag of only $159.99 from Amazon

It’s been only 6 months since Acer released another very similar cheap 7-inch Android tablet called Iconia Tab A110. The specs were fairly similar to the newly released Iconia B1, but was released with a price of $229 back in October. This model has now been cut to $199, so still $40 above the Iconia B1.

Acer Iconia B1 is the third lightest tablet on the tablet comparison list, at only 320 gram.

What enables Acer to sell the B1 tablet at such a low price, is a RAM of only 512 MB, a 2710 mAh battery with a battery life of 7 hours, nothing more than a normal 1024×600 display, and not opting for the most expensive materials for its casing and bezel. Yup, we are talking plastic house for this tablet.

It hardly goes unnoticed that the Acer B1 was released pretty much at the same time as the even cheaper $149 Asus MeMO Pad that hit the market over the weekend.

Month by month, 2013 is turning into an increasingly great year to pick up cheap tablets. As it currently stands, tablet manufacturers tend to express that the $159 mark is as low as they can go before they start losing money.
– Tom Bowen 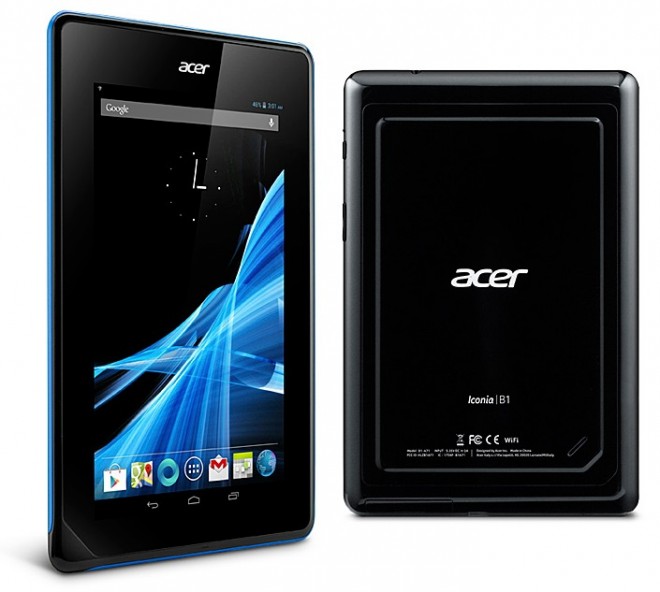 Acer Iconia B1 front and back 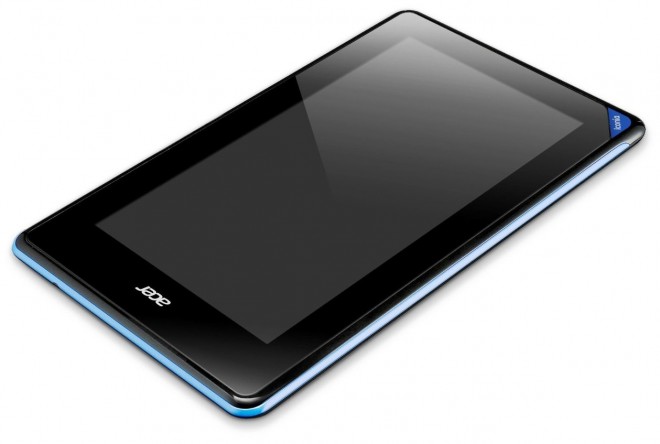 Acer Iconia B1 turned off