Asus has an interesting new laptop category going, where they’re cramming lots of technology into very cheap Windows 10 laptops. The first one out is the 14-inch Windows 10 notebook Asus Laptop E410MA, that’ll launch on August 31st for just $249:
https://www.amazon.com/ASUS-Display-Processor-NumberPad-L410MA-DB02/dp/B08D92T45H/

Some of us who work in the computer industry used to discuss and theorize what disruptions that would take place if Amazon were to launch a series of ultra cheap laptops. Well, the stealthy named Asus Laptop E410MA is probably the closest to such a thing yet.

Asus has gone for an interesting processor too, using the Intel Celeron N4020 processor. It’s an interesting choice, because its focus is the most on single-core performance compared to other Celeron processors, so that’ll make this laptop perform almost like the former Intel Core i3 Haswell processors. But the Haswell powered computers used to run slower RAM, whereas this laptop runs newer and quicker DDR4 RAM at 2400MHz, with options of 4GB or 8GB RAM. 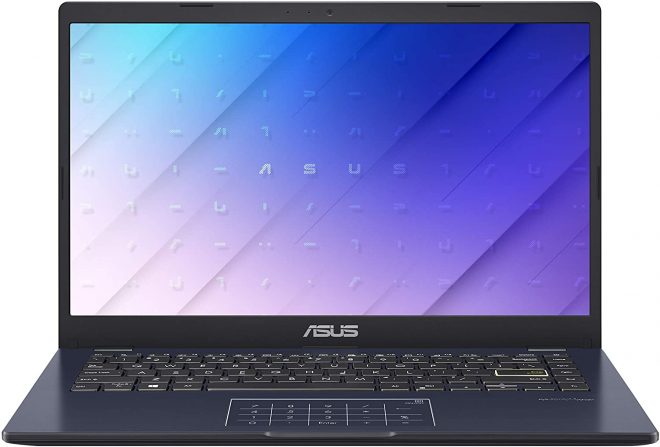 This is also a eMMC flash storage laptop, with 64GB of storage, meaning that this laptop is best suited as either a cloud laptop or one using either the memory card slot or external hard drives for increased storage. But at least the laptop is fanless, so you won’t hear a pip from it.

Things you wouldn’t expect to get on a laptop at this price is a Full HD 1920 x 1080 resolution LED display, and the same can be said for the numberpad in the touchpad. 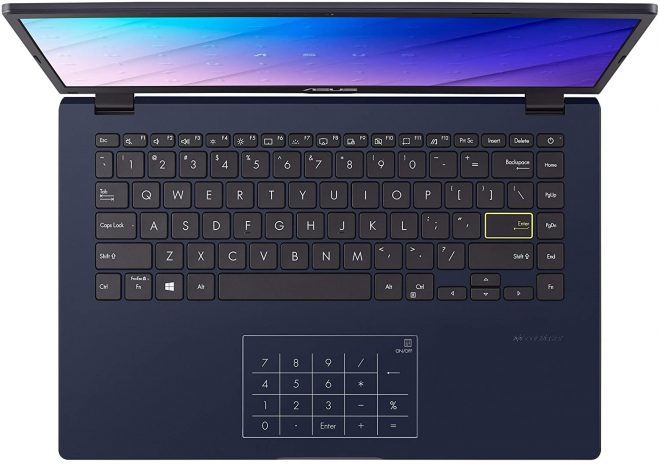