This tablet is almost a way for Acer to clear out a lot of inventory, as the tablet is based upon an almost identical tablet (just different keyboard layout and design) called Acer Aspire Switch 10 E. It is powered by a cheap Intel Atom Z3735F processor, which these 10.1-inch Windows tablets are now moving away from in the third quarter of 2015, with the introduction of the next generation Intel Atom x5 powered Acer Aspire Switch 10 (SW5-015) and the Asus Transformer Book T100HA that will be launched in August with Windows 10. 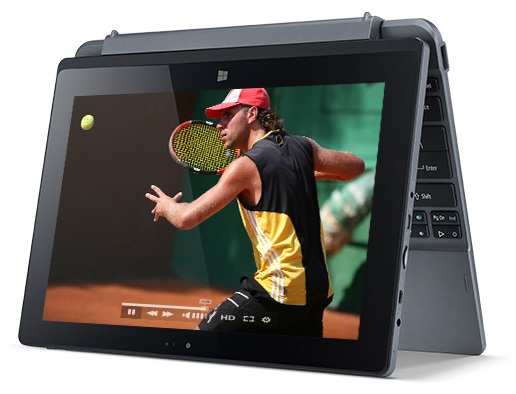 Wi-Fi comes from 802.11 b/g/n while it supports Bluetooth 4.0. It also has a 2MP front camera and a 2MP rear camera. The battery capacity is 8400 mAh, and it has gyroscope, e-compass, accelerometer, ambient light sensor, a micro-USB 2.0 port, and a micro-HDMI port.

The price makes this tablet very, very tempting, since it’s at the same price level that the 2013 model of Asus Transformer Book T100 often lies these days, but the specs are just low enough to make it annoying just a few months from now when Windows 10 starts to bloom and this machine will show its age a little. But like we always say, it all depends on a persons needs.