(UPDATED: The Fire HD 10 was unveiled on September 17 and will be released September 30, see link above.)

And the specs looks the same, apart of course from the larger display of this Fire 10 tablet.
In the GFXbench benchmark, the Amazon Fire 10 / Amazon Fire 10 HD with the catchy codename KFTBWI have been specified with specs such as Android 5.1, a 10-inch (though probably 10.1-inch) screen with a resolution of 1280 x 800, as well as a quad-core 1.5 GHz MediaTek MT8135 processor, a Imagination Technologies PowerVR Rogue G6200 graphics processor (GPU), 1GB of RAM, and likely 16GB of storage.

These specifications points to a 10.1-inch budget tablet from Amazon. Other specs include a 0.9MP front camera and a 5.1MP rear camera with flash, accelerometer, gyro, pedometer, and for Internet connectivity, Wi-Fi and Bluetooth too.

This 10-inch Fire tablet and the other recently benchmarked Fire tablets are likely the same tablets that have been FCC certified recently under completely different names. So Amazon’s unveiling of the new Fire tablets is pretty close. 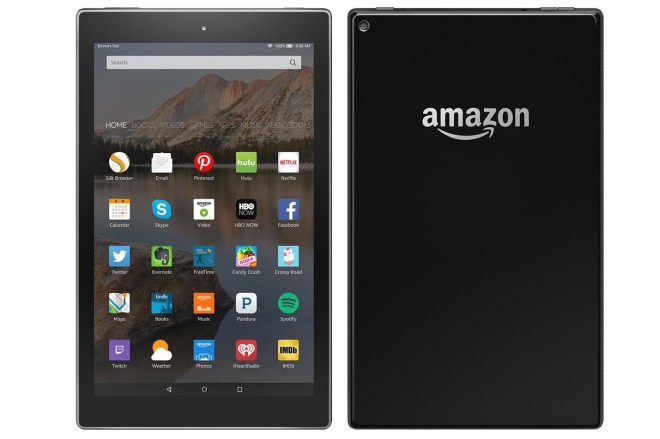 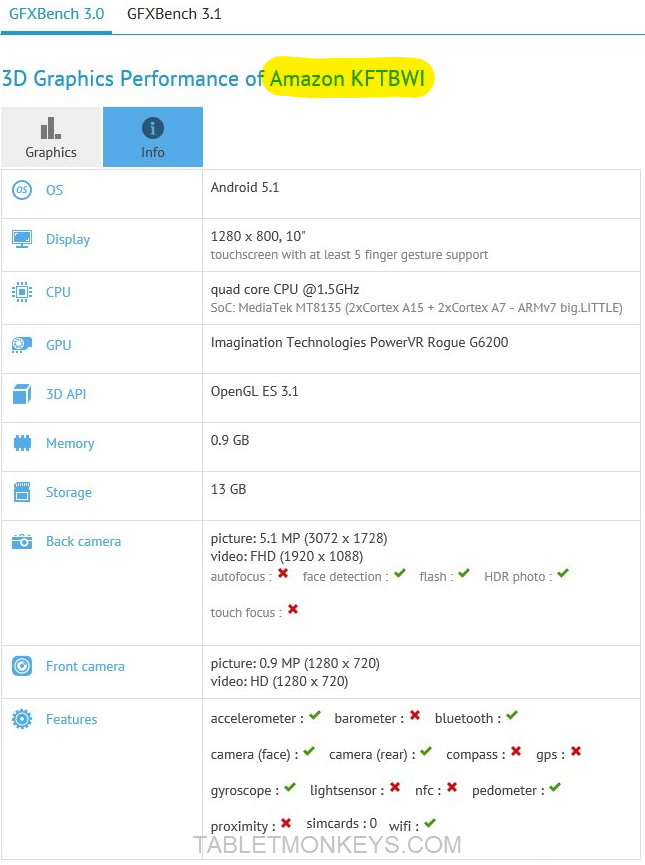