Blackview is launching yet another tablet before 2021 is over, and the tablet called Blackview Tab 11 is referred to as their new flagship tablet.

But that’s not really saying much, since the few tablets they have launched up to now have been at the entry level as Blackview has mainly been a smartphone manufacturer for rugged use or with thermal imaging built in. 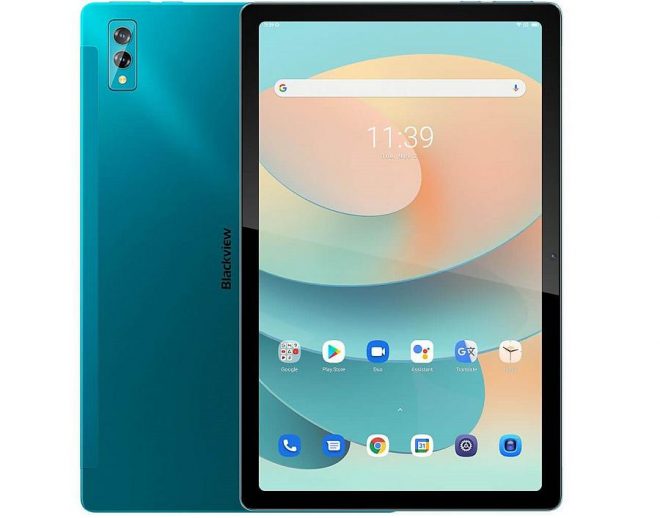 Blackview Tab 11 will have it’s official premiere tomorrow, on December 6th, where it launches from Aliexpress.com

for an introduction price of $169.

That’s a good price of course considering the specs. It can also be combined with a keyboard, which ill make it even more useful, and it can be bought in a variety of colors, including grey, green, and silver.

Some of the more interesting components are the Sony cameras, with an 8MP front camera and 13MP rear camera, and support for Widevine.

Other specs are a USB C port, a 3.5mm audio combo jack, Wi-Fi 5, BT 5.0, and a 6580 mAh. Even with a FHD display and this processor, that’s not going to give this tablet a battery life of more than5.5, so that’s the only downside, and a strange surprise.