A new 10.1-inch Android tablet with a Surface design called T-Bao X101A 4G is about to launch on the international market in February for $239: https://www.geekbuying.com/item/T-bao-X101A

The T-Bao X101A is an Android 7.0 Nougat tablet, and the smallest tablet with a Surface design yet, with its 10.1-inch screen and built-in kickstand. And the resolution of the display is 1920 x 1200, so we do get Full HD.

We also get 4G LTE with dual-SIM slots, but the main power that runs this tablet is a little below average at the start of 2018, which is a shame, because this could have been a really useful tablet with just slightly higher specs. 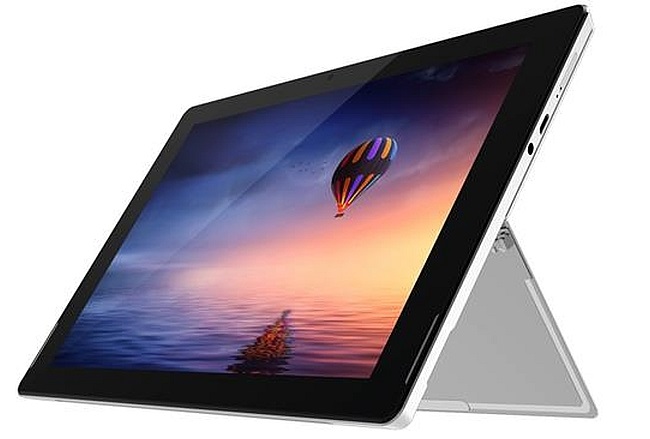 It’s powered by an octa-core MediaTek MT8782 processor which is starting to show its age by now, even on Android. It also has just 2GB of RAM, and 32GB of storage too.

On the other hand, it actually has dual-band 2.4 GHz and 5 GHz 802.11 a/b/g/n/ac Wi-Fi, so at least Internet will be fast on this tablet, along with the 4G and Bluetooth 4.0 as optional connections.

The battery life is rated to 8 hours long, from a 6000 mAh Li-ion battery capacity. And it has a separate charging port in addition to the micro-USB port.

I’m surprised to see that it also has a 8MP rear camera, as well as a 2MP front camera. The stereo speakers are front facing and integraded at the bottom of the front of the tablet.

With its Surface design, the T-Bao X101A is is 10mm thick and weighs 623 grams because of it. International release is expected on February 1.