Acer Iconia Tab 10 (A3-A50) is Acer’s flagship Android tablet for 2017, and possibly for 2018 as well since it launched a little late in the US. It was teased as far back as May 25th, and have only become available from Acer Store USA this week, though two stores have had it on their inventory list since late October:
https://us-store.acer.com/tablets/iconia-tab-10-tablet-a3-a50

The further away we are from Acer’s home country, the less willing people seem to be to pay more for a high-end Acer computer, no matter how good it may be, mostly because Acer computers still have something of reputation problem stemming from build quality issues (in the past) and a less than perfect customer service on top of that outside of Asia. It’s a shame, because by the looks of it, Acer’s high-end tablets seem to do better than people think these days after Acer brought tablet production back under their own control again. 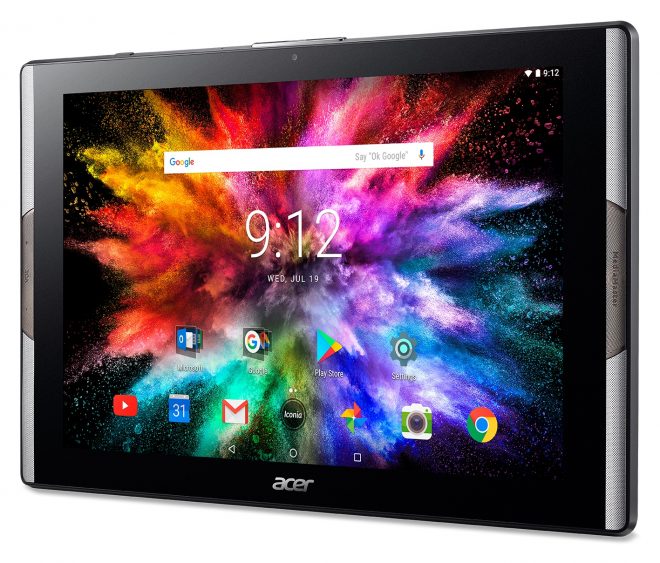 The 10.1-inch screen sports a quantum dot Full HD display with 1920 x 1200 resolution and 800:1 contrast ratio, which makes the screen sharp while also enhancing the deep black and colors. So the screen is considered one of the stand out features for this tablet.

As are the quad speakers with subwoofer. These four speakers also benefit from DTS HD Premium Sound and a MediaMaster button (the large button on the right side), so that the sound can be enhanced and adjusted according to media to maximize the experience of the content.

Acer also had enough common sense to place the speakers on the front as well, unlike a lot of other tablet brands.

Other essentials includes a battery capacity of 6100 mAh, Android 7.0 Nougat, a micro-USB port, a micro-HDMI port, a 3.5mm audio combo jack, and an included power adapter. Despite the subwoofers in the Acer A3-A50, it’s still only 9mm thick with a weight of 530 grams.

So Acer Iconia Tab 10 (A3-A50) is a desirable Android tablet, but may become another one from Acer that will pass by generally unnoticed outside of Asia. Which is something of a shame. 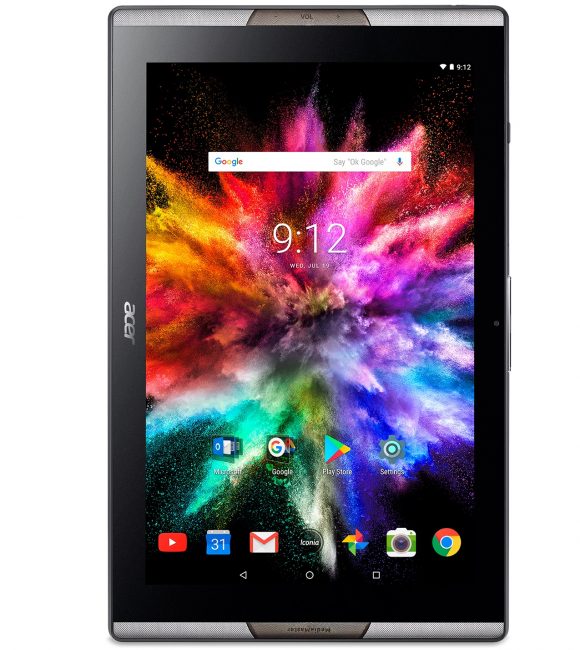 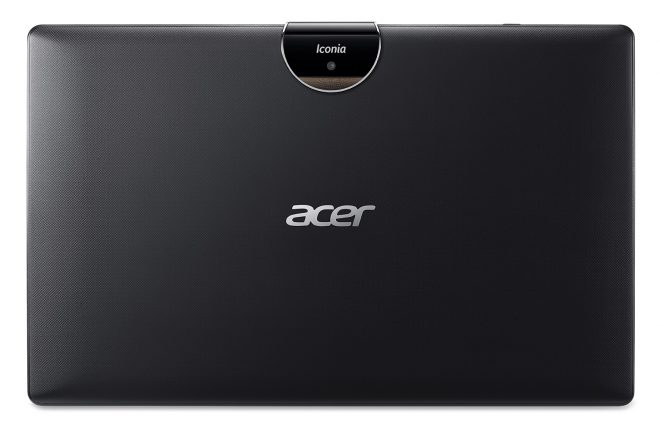